Our Holiday House is located between the Val d’Orcia and the Crete Senesi. – 9km from San Quirico d ‘Orcia – 9km from Montalcino – 15km from Pienza – 30km from Motepulciano – 30km from Siena.

Our Casa Vacanze Fornace it is located 3 km after the village of Buonconvento, charming little village on the Cassia, the ancient Way Francigena crossroads between the Val d ‘ Arbia and the Val d ‘ Orcia which is the natural continuation of the Crete Senesi. Fornace , as early as in the name it was in 1800 a “ ancient factory “ for the production of bricks, bricks from the Latin later-lateris = brick. The brick civilization has always been present in the territory because here is the land suitable for the joint production of tiles and bricks, cooked in the furnaces of which the ancient farms were equipped. Thanks to these characteristics of brick building our house has been chosen as the location of a film turned to Buonconvento : Tuscan Yellow. In addition to the weave typical of each yellow, the film promotes the excellence of our territory from thewine to truffle to archaeological excavations and to the two Museums true jewels of the country of Buonconvento.

The furniture of ours apartments it is detached from the usual fake Tuscan and looks like a set of furniture and today small and sought after antiques that make the environmentexclusive and charming. In fact, the owner has chosen all the things she loves and that are the same that characterize them the family home to make sure that those arriving in the apartments feel aguest more than customer! 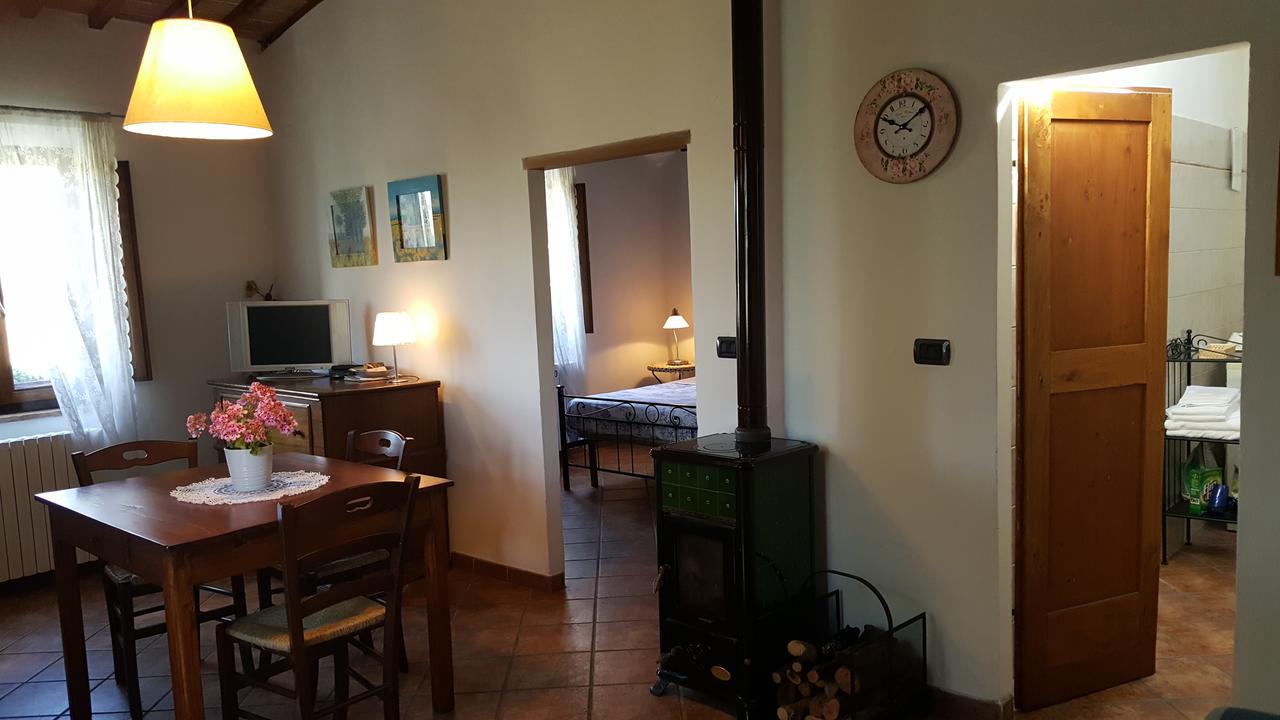 During yours stay we will be well available to advise you and book you some directly activities not to be missed during your vacation in Tuscany. We have always known ours territory that we want to communicate in his authenticity starting from the two Museums until you get to the gastronomic experiences with products at zero kilometers that you can use the short cooking courses theme.

Book from the site